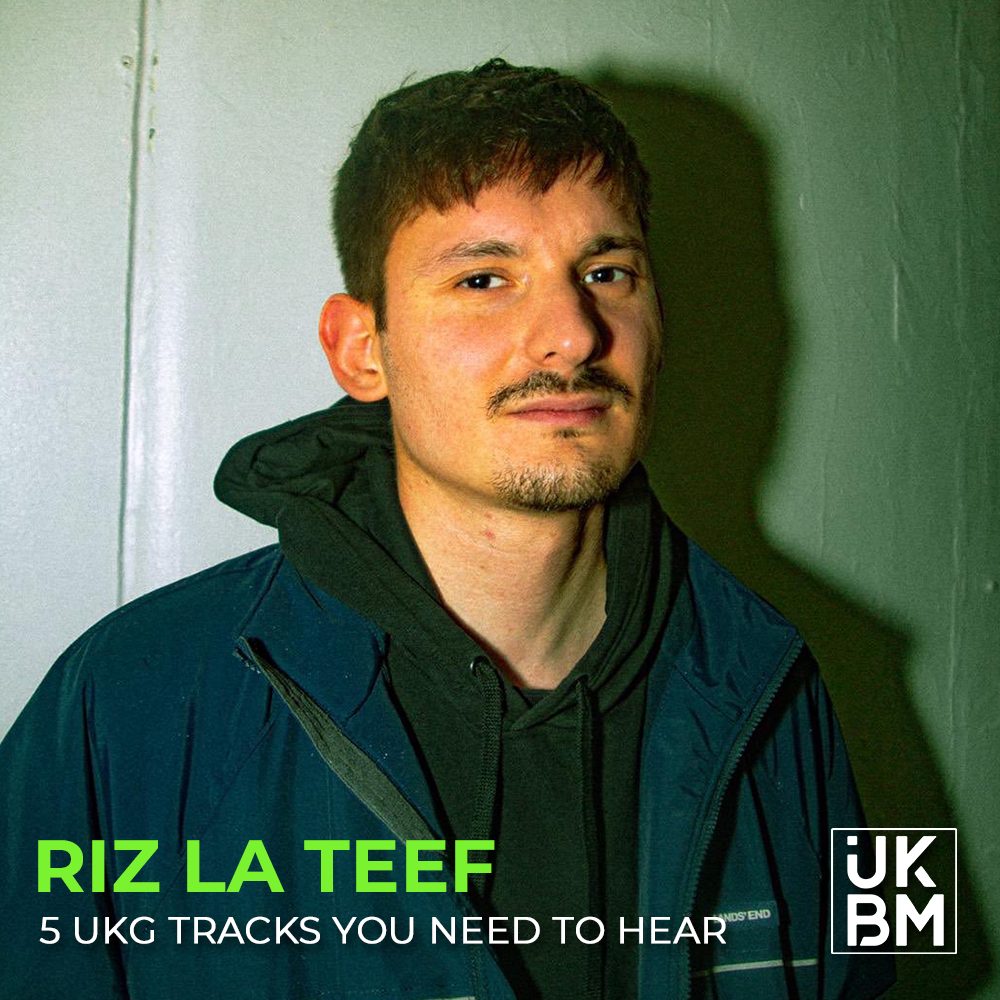 If you’re into Grime, Dubstep, UK Garage and UK Funky, chances are you’ve come across Riz La Teef in recent years. The London-based DJ has built an unshakable reputation as one of the UK’s foremost selectors, with an enviable selection of dubplates from producers across the scene. His sets are usually littered with VIPs and specials that you won’t hear anywhere else, all presented on wax and acetate. With the UKG scene currently in rude health, we asked Riz to pick 5 Garage tracks he’s feeling at the moment and say a bit about each one.

“Tune is out now or soon to be out on Warehouse Rave. Got mad love for the Y U QT boys. They can’t stop making bangers. I first heard this when they sent it to me, nearly put it out myself and am kicking myself I didn’t. Glad it’s seen a release though. The rest of the EP is top shelf material as well.”

“Not entirely sure where I came across this one to be honest. Probably Discogs digging. Love the vocals, breakdown, and of course, the bassline.”

“Very rare! Managed to nab a copy the other day luckily. Killer intro tune and I even like the out of tune vocals. Then, just wait for the drop…”

“This is something I’d thought that would never happen. The fact I’d be able to cut a Skream dub and especially a new dub that sounds like the stuff he was making back in 2002. What’s crazier is that he made it after a conversation between myself, him and Blackdown had on Twitter. The internet can come good sometimes! There is another one he sent me in the same style as well, but I’m saving that for the raves only at the moment.”

“Ultimate mashup/set-closer/one to put on at an afters and watch everyone vibe to and look surprised when Angie’s lyrics start to come in. Tip!”

If you’re feeling these tracks, you can catch Riz La Teef playing the below dates in November.