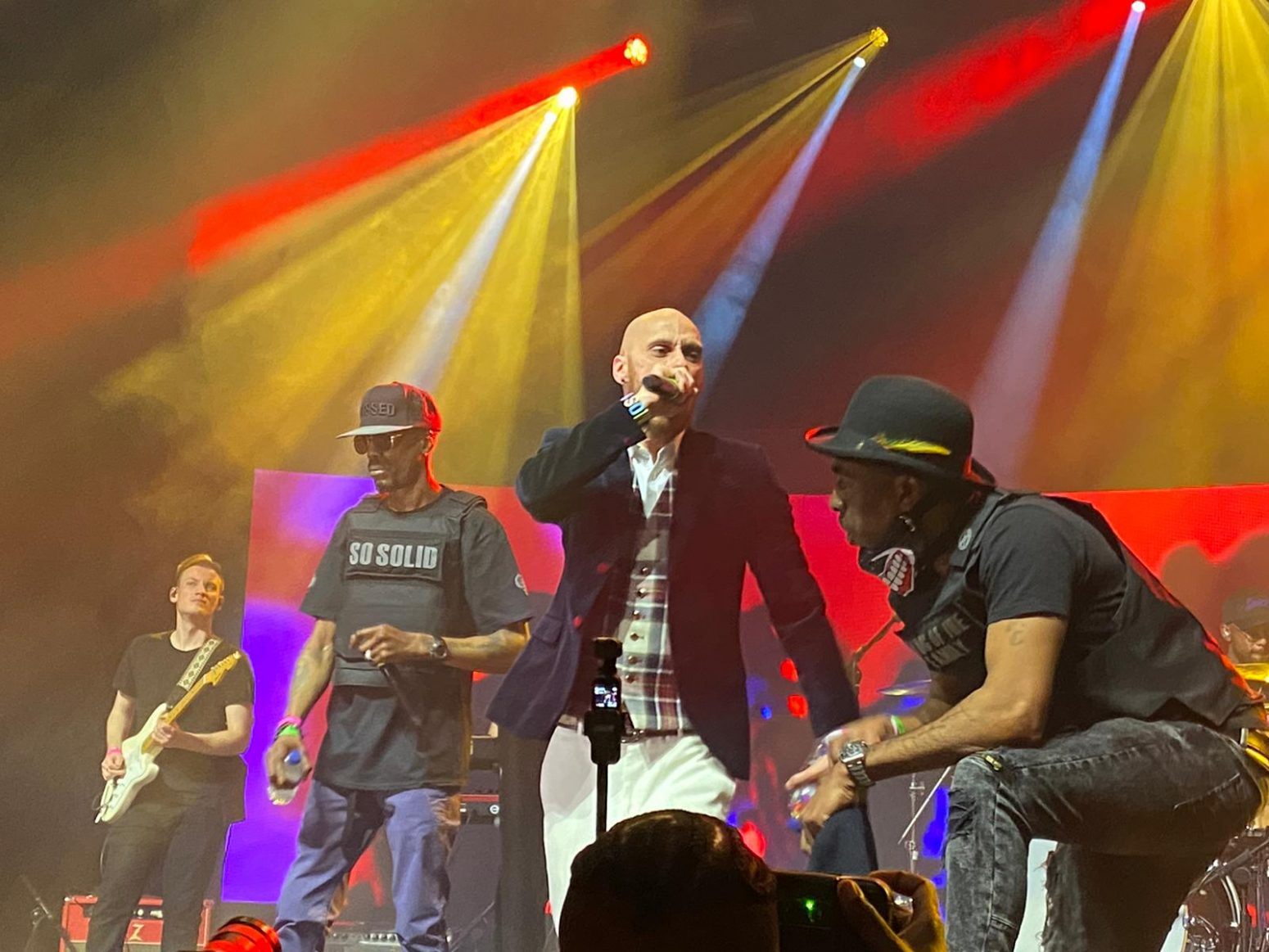 South London’s finest musical collective, So Solid Crew put on an epic show at the 02 Forum to celebrate 21 years of the crew.

The 2WENTY 1ONE tour opened at the 02 Forum, Kentish Town.

Who would have thought a crew from Battersea would be game changers for the UK music scene?

So Solid did just that and then some; at a time when UK Garage was transitioning into something unknown, this 30 + strong crew created a bridge to what we now know as Grime. Their success on the underground lead to them releasing six albums collectively and some individually, turning them into household names. Now here they are celebrating 21 years in the game, showing us why they are still so relevant to the scene and the music industry.

It’s not an exaggeration to call them pioneers, for without their music we would not have the drill, Grime and Dubstep we have today. So Solid knocked down barriers and opened doors to create more opportunities not just for the scene but for black music. Their legendary status is cemented in UK music history. It is therefore no surprise that they chose to put on an anniversary tour, celebrating 21 years with 21 songs.

What better way to kick off the show than with the intro from their debut album ‘They Don’t Know’. The lights are dimmed, and the already hyped crowd goes mad for Kalldean and his perfect vocal, instantly taking you back to the first time you heard the album. That moment let you know you were in for something special. Mr. So Solid himself, Mega steps on stage looking suave in a suit with his trademark bowler hat. His stage presence is undeniably formidable – you can feel the love and respect from the crowd. King. Members of the crew step out in sequence as their verses come up. So Solid as you have never seen them before, suited up looking hella smart, owning the stage making the crowd go wild.

The track selection was flawless. Some of the most well-known are performed as well as those that are underrated. No doubt that everyone heard their favourite song on the night. There were moments of absolute hype like hearing ‘Dilemma’ and some deeper moments with songs like ‘Cry’ by Swiss. So Solid made the audience feel everything from nostalgia to excitement, taking the mood from chilled to gassed.

The live band complete with strings, keys, guitar, drums and backing singers give a sick sounding edge to the track list. Songs already held in high esteem become even better somehow. It was a rare opportunity to listen to and appreciate the musicianship of So Solid’s records. You ever heard ‘Ride with Us’ on the guitar?! My gosh it’s banging! The band were just as energetic as the crew, skanking away to the tunes. It was sick to see classical musicians singing along to So Solid’s greezy lyrics.

The whole atmosphere of the show was fire. Although the Forum could be considered a good-sized venue, somehow there was an intimate vibe about the gig that made you feel like it was a private party. The stage backdrop displayed screens showing So Solid videos, and the coloured stage lights added to the atmosphere of the celebration. It was unique to say the least.

Highlights of the night include having Swiss upfront as opposed to behind the decks. He is easily one of, if not the best rapper in the UK. Hook master Kaish did not disappoint with his vocals, the guy can SING. We were treated to new tune ‘Deeper than dis’ which the crowd loved. New music but still has the signature So Solid sound. Mega made a point of letting us know about the fundamental members of the crew we don’t always get to see. This was their night to shine and it was a beautiful thing. Not forgetting the finale, which was an absolute madness, more so probably because nearly every member of the crew was on stage, front members plus DJ Timeless, DJ PDS, DJ Dan Da Man, Kalldean, Frost, Mr. Shabz, Squami and twin MCs. It was absolute magic.

Everyone in the venue came to show love. The vibes were nice, the crowd were hyped and So Solid surpassed everyone’s expectations. The addition of the live band was a very special touch and without it the show may not have been as successful. Salute to Mega and Harvey for putting on an absolute banger of a show.

If you did not make it to this one, look out for their next performance at SW4 festival in August. Get your tickets here.