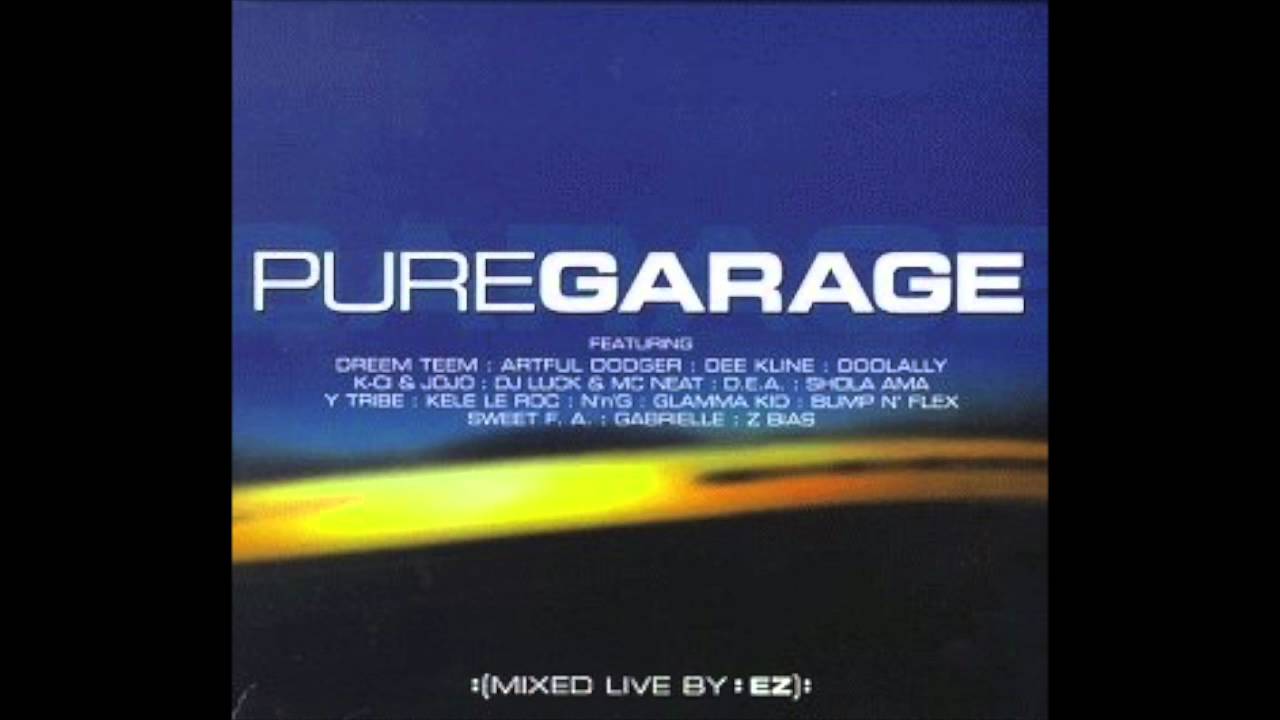 …of this mix series which began with the original ‘Pure Garage’ CD compilation released in January 2000 at a time when UKG was peaking both underground and commercially.

For years prior, UK Garage had been taking over the Pirate radio airwaves, at it’s peak you couldn’t nudge the FM dial even a few millimetres without the captivating 2-step or 4×4 beats blasting out of your speakers broken up only by the host MC shouting out to the final 3 digits of an obsessed listeners mobile number or the occasional ad break filled with amateur 30 second clips hyping up the next club night or advertising Jeff’s local tyre shop.

The whole scene was growing at a rapid rate and picking up more and more eager pairs of ears along it’s way.

Pure Garage came about at a time when Top of the Pops was ready to pick up on this ‘cool, popular, underground sound’ as it was this same year that Artful Dodger’s ‘Rewind’ (feat. Craig David) and Shanks and Bigfoot’s ‘Chocolate Boy’ were performed on the show and so the pessimists among us at the time could (and probably did) say that perhaps this was the ‘beginning of the end’ with the mainstream’s ears pricking up as the commercial and corporate guys do have a tendency of watering down which was once good, repackaging it to sell to the ‘masses’, making a bit of cash and then discarding it once they’ve dried up all the ‘cool’ and perhaps for a short time this did happen but you know what else happened? and it happens every year? Summer.

Summer is the spiritual home of UKG, in London especially and every year this beautiful, organic, homemade sound relives itself through the car speakers and sub setups which travel around London like a convoy of good vibes, sharing the positivity to the masses.

The whole compilation series, this first one especially, is filled with bouncy, feel-good vibes that all feel just as comfortable listening to at home as they do shaking your toosh in a mega club.