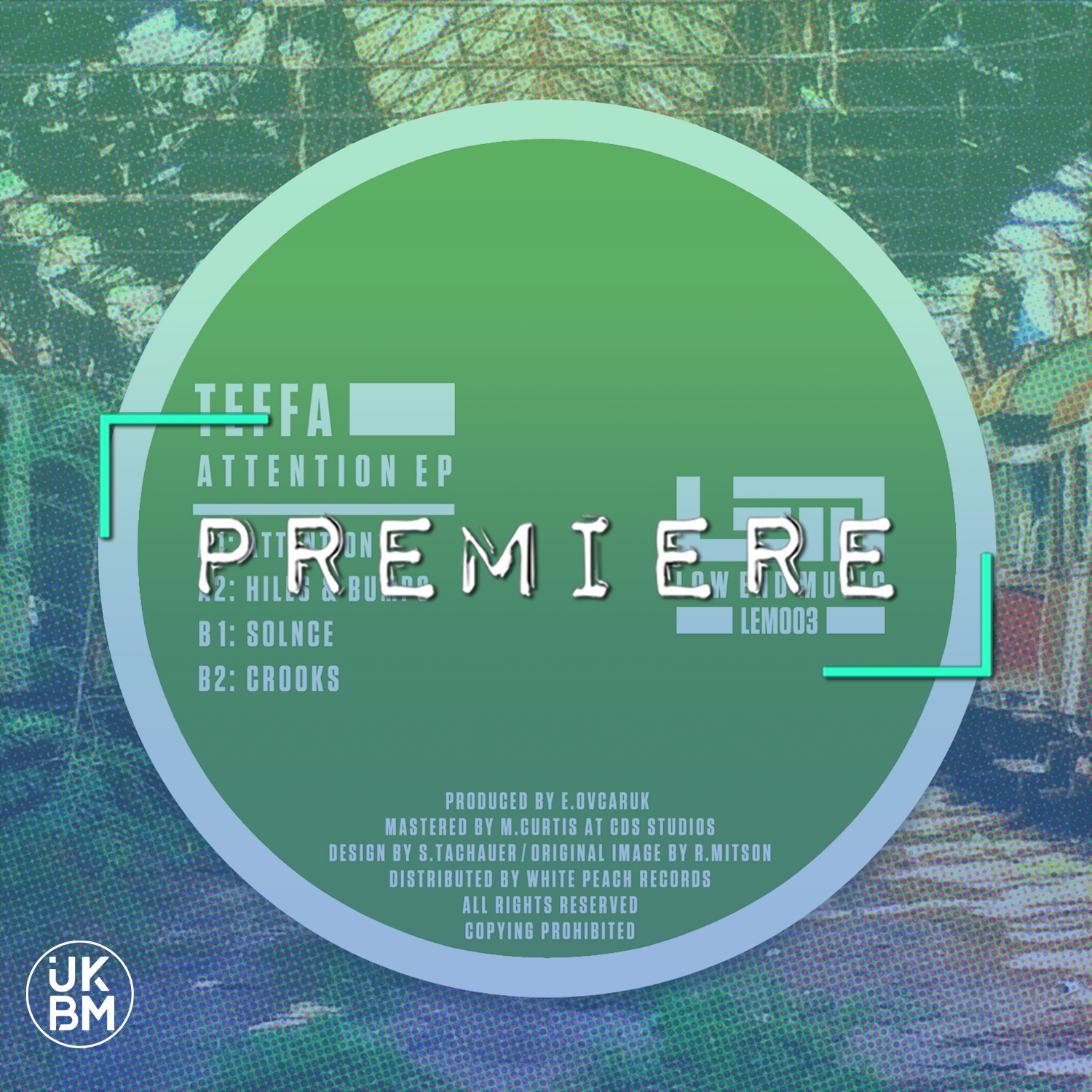 Up next in our UKBM Premiere series comes Leeds-based producer Teffa with his latest offering, his brand new four tracker, Attention EP, on Low End Music.

The Southend-on-Sea label are quickly establishing themselves as a premier label in the Dubstep & ‘140’ realm and come right off the back of their well received previous EP’s from Jackson and JSM, a track from the latter we premiered here at UKBM.

This will be a debut on the imprint for Teffa, a name now firmly established within the scene and recognised as well as loved for his weighty productions which have been released on labels such as Foundation Audio, Hotplates Recordings, White Peach and many more.

Today we premiere the second track from the EP, Hills & Bumps. A truly heavyweight stepper which like the rest of the EP, packs a serious punch.