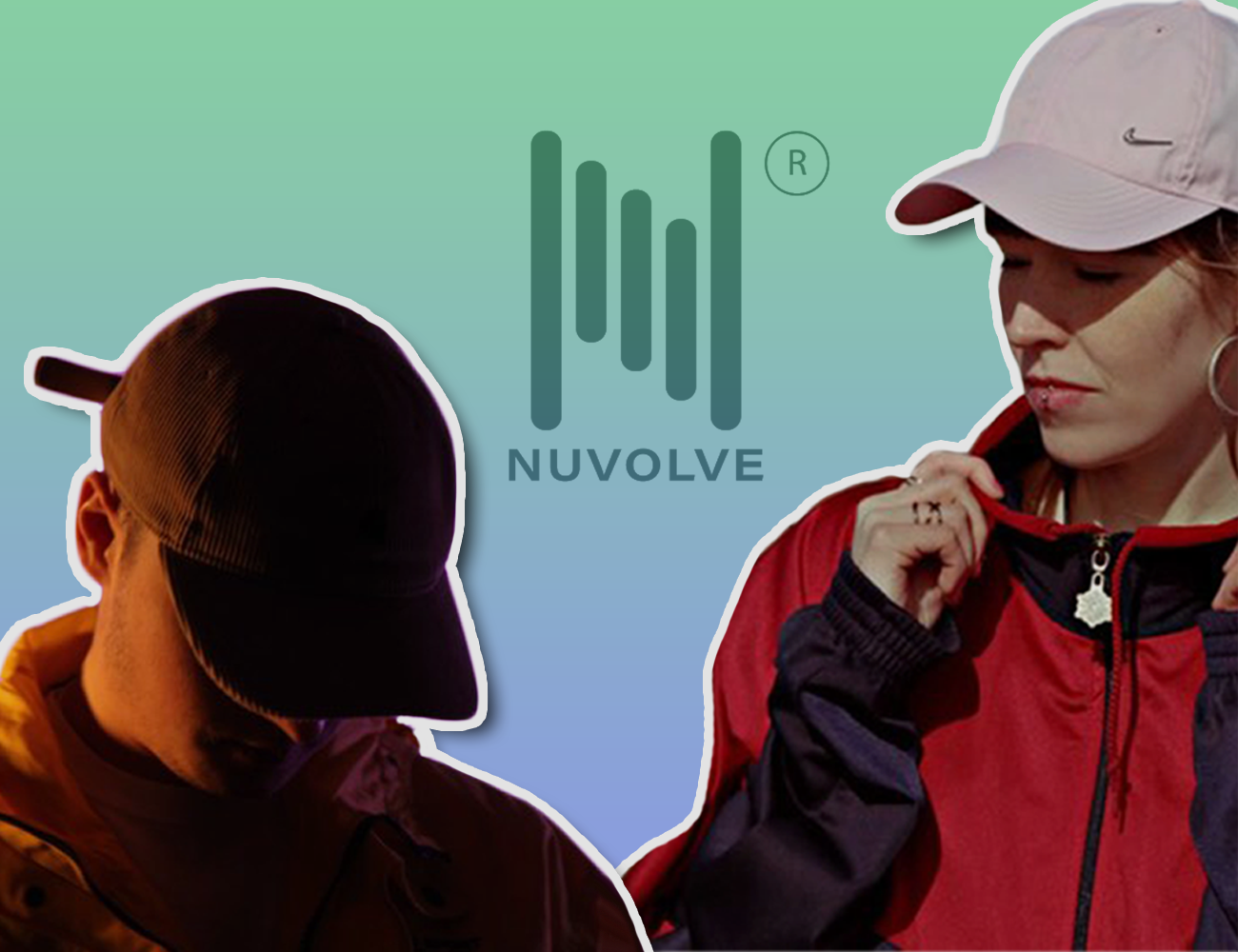 Nuvolve is the new label from UKG legend DJ EZ and its purpose is to bring you the latest and greatest sounds of not only Garage but all from around the spectrum of Bass music with an eye and ear on what will go down best on the dancefloor. It is this love for supporting fresh and established talent that has seen the label thrive and releases so far from the likes of Todd Edwards, Fabian Dubz, Club Asylum and Hybrid Theory have been extremely well received. DJ EZ has always been a supporter of forward thinking music and the artists and music that Nuvolve have been involved with sees this continue in fine style.

We have talked to four of the artists who have brought out music on Nuvolve all about the label, what it means to them and the influence of EZ and also about their music and Garage and Bass music in general. In this first part, we talk to Shosh and MPH about all things Nuvolve and what the future holds for them.

How does it feel to be involved within making music for Nuvolve?

Special! Very special! I was one of the first featured artists to release on Nuvolve at it’s launch back in November 2020, and to be selected by DJ EZ of all people in the Garage scene meant a lot to me personally.

Quality in UKG. A real turning point in my life was going to see DJ EZ play in person. I just knew right there and then that I wanted to shake up UK Garage the way he did. From that night on I became driven to work on the decks/in the studio and be the best I can be. It’s genuinely amazing to come full circle a few years later and actually release my own music on his label!

OMG thats too hard! But I think it has to be Show Me Love, Robin S. True timeless record!

What was your introduction to UK Garage and bass music in the first place?

I was late into the Garage scene to be honest! I didn’t really get into it until my 20s. I used to go out raving and my favourite part of the night was coming back to the after-party where we could all kick off our shoes and play our own music. For me that became the perfect moment to rinse some UKG classics and when I saw how happy it made everyone it got me thinking a revival has got to be coming! So glad to be right!

What I love about the new UKG movement is that we have dance floor fillers but also new vocal-led records coming through, I think that’s what really establishes a genre. So I would love to take UKG to a commercial level again; create new anthems that people will be singing in years to come.

Your first release on Nuvolve, Feel Me, came out at the end of last year. How has the track been received so far?

It’s been so good! We’re approaching half a million streams and I still get DM’s from people everyday saying how much they love it. We’ve had so much support from Spotify editorial playlists and radio as well, it really popped! I’m very grateful!

Have you got a follow up to the track planned any time soon at all?

Of course! I never stop!

What other music do you have planned for the rest of the year?

Garage Garage Garage (and a bit of House). Working with some big featured artists this year so it’s getting really exciting!

What have been some of the highlights from being on Nuvolve so far?

Being part of the announcement of the Nuvolve launch was huge, it felt like a real privilege and there was a great energy between the artists involved. In fact, I’ve had most of them as special guests on my KISS show since the release, and it’s continued to bring a sense of unity and mutual support in the Garage scene, which I love to see. I also have to shout out the 24hr live stream moment where DJ EZ mixed my new single into a Todd ‘the God’ Edwards classic! Jeez, that was a moment for me hahah, he absolutely murdered that mix as well!

With the past year being so uncertain and unprecedented, how excited are you with the potential return of playing to crowds in a live setting?

Are you kidding?!! Take me there now!!! I literally can’t wait. I’m praying for some big sunny UKG parties, supporting DJ EZ on the decks! Amazing!

Do you think playing out will have more of a celebratory vibe and have you got any sets planned yet?

Oh 100%. People want to live, dance, be together and celebrate more than anything right now. Lockdown has been incredibly hard but I think a silver-lining is the perspective that it’s brought, I know it’s reset things for me a little. In terms of sets, my calendar is absolutely rammed but I’m still a bit uncertain as to whether all these events will happen. I’m trying to prepare for the worst but hope for the best!

How is your Kiss FM residency going?

Fantastic! I love it! Feel like the luckiest Garage Girl in the world going through all the amazing new music that’s being created right now! It’s also very intimidating walking in the shoes of DJ EZ as the UK Garage specialist on KISS, eeeeek! My favourite part is being able to bring through underground records that really deserve the exposure. I’m all about unity and quality on my show. It’s my perfect job!

You are part of the 24 Hour Garage Girls collective, what have you got planned for the rest of the year?

We are (hopefully) hitting the summer festival and freshers parties pretty hard this year! Lots of gigs and I think the GG squad are even doing some fitness training to prepare for it!! Believe me its necessary haha. We’ll also be curating our annual UKG Compilation Album ready to release at the start of 2022.

Shutting down Outlook Festival on the main stage back in 2019. Flava D couldn’t make it so they asked me to stand in and it was biblical! Will never forget it. Releasing my record with Kelsey on Nuvolve, and making the music video out in Ibiza has to be up there as well!!! Of course starting as a resident at KISS, right in the middle of lockdown, has been absolutely huge and given me the strength to keep working and pushing the music I love.

How does it feel to be involved within making music for Nuvolve?

It’s sick!! Nuvolve are really pushing some talented artists at the moment so it’s an honour to be involved

Myself & WZA have a collab dropping in July, and no doubt there will be more plans further down the line

He actually got me into DJing which then go me into producing, I use to religiously watch his boiler room set just studying what he was doing and how he was pulling off such ridiculous blends

What is the quintessential Garage/Bass track to you?

For me my all time favourite garage track has to be MD X-Spress – God Made Me Phunky. It’s such a simple tune, pretty much a loop but it just works so well and has such an amazing groove to it, repetitive but in a good way

What was your introduction to UK Garage and bass music in the first place?

I use to listen to UKG mixes on the way to school and early Flava D tunes, i think thats really where my passion for the genre started

You followed your debut track for Nuvolve, Breeze, with your latest track for the label, Time, that came out in March. How has the newer track been received so far?

Its had a crazy reception! It got picked up by an editorial playlist on Spotify called ‘Dance Party’ and has amassed over 200k streams.

Have you got plans for a follow up on Nuvolve yet?

Yes, got a few things planned but thats all i can say so far

What other music have you got planned for the rest of the year?

My release schedule is pretty stacked with collabs/remixes and singles so expect to hear a lot more music!

As well as releasing Garage, you also make bassline as well. Do you enjoy mixing it up making music for both styles?

Have you got plans to play out when it is possible to do so again?

Yeah I have a load of dates to announce soon! As long as Boris doesn’t change his mind

You must be excited to be playing your music live again?

I honestly can’t wait to hear it all on a proper sound system and see the crowd reaction, not long now!

Who are your biggest influences as a producer?

I think the early releases of Flava D, Champion, Royal T, DJ Q really helped inspire me and help me figure out what kind of music I wanna make

What have been some of the highlights of your career so far?

I’ve had quite a few this year but something that really stood out was getting the vocals back from Coco for the tune Levelz 2 Dis. He sent the vocals back within 24 hours and everything was spot on and perfectly mixed.