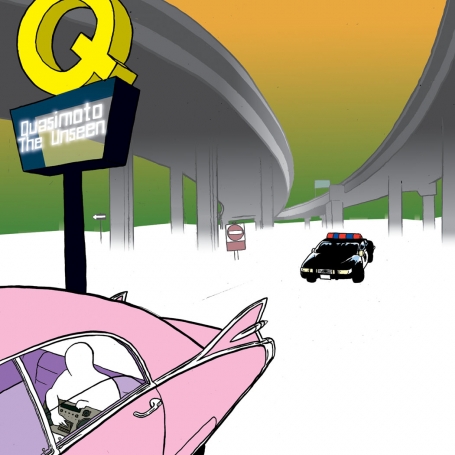 Stones Throw Records had been making a pretty good habit of releasing great music during the late 90’s in their inaugural years, however things went up a gear on the turn of the millennium.

In the year 2000 they put out ‘The Unseen’ by Quasimoto, the mushroom eating foul-mouthed alter ego of beat genius, Madlib.

We all have those special albums that can instantly put us in a different time and place or completely overwhelm us, this is one of those for me.

Made up of classic hip hop sounds mixed with everything from 1970’s French avant-garde cartoon samples to strange eerie noises and voices webbed between the beats to give a ‘stream of consciousness’ effect, it really feels like one long piece rather than a collection of tracks.

Even more commendable is that it was made on a next to zero budget set up of just a cassette deck, cheap sampler and turntable, like most of Madlib’s productions.

In my opinion this is one of the greatest hip hop albums ever made not only for its individualism and ingenuity but also for doing something completely different in a world that was, at that time being dominated by ‘MTV Base’ hip hop and RnB.