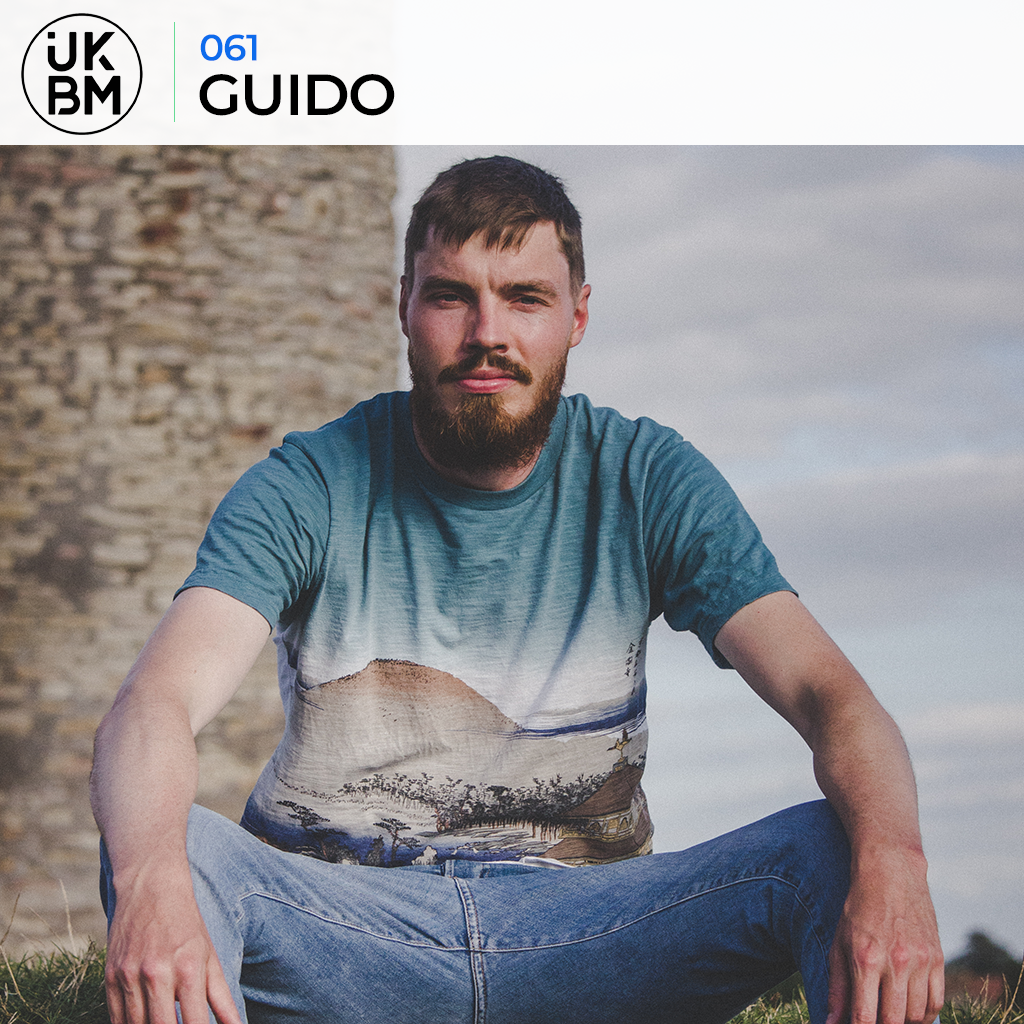 Stepping up for UKBMix 061, we proudly present Guido, the Bristol-based producer best known for his innovative releases on Punch Drunk Music, Tectonic Recordings and his own State Of Joy label.

He burst onto the scene in 2009 with his debut release Orchestral Lab / Way U Make Me Feel and follow up single Beautiful Complication / Chakra which were then followed by his debut album Anidea, all coming on Punch Drunk Music.

These early records quickly established Guido’s signature sound. Born when Dubstep was on the rise, it certainly shares some of its DNA but offers something very different, with clear influences of not only Grime & G-Funk but also video games and cinematic film scores, highly emotive and almost ethereal.

I still remember opening up a thread on dubstepforum.com in the summer of 2008 called 29 minute mix GUIDO and hearing his sound for the first time. To this day its the mix that has resonated with me the most and if asked, I would still say its my favourite for that reason.

Since 2013, Guido has exclusively released his music on his own State Of Joy imprint with a heap of wicked releases all available here. His most recent release comes in the form of Seeds, a 6 tracks EP which continues to push the sonic boundaries of the producer’s sound.

To celebrate the release, we are proud to present UKBMix 061, put together by Guido himself. Talking to us about the mix he said: “I used VirtualDJ to record the mix live which was fun because previously I used to assemble my mixes in Logic so there was never a live element. It’s been awhile since I did a mix and I just went with the flow picking a lot of my own tracks out.”

Favourite piece of music kit
Will always be my keyboard