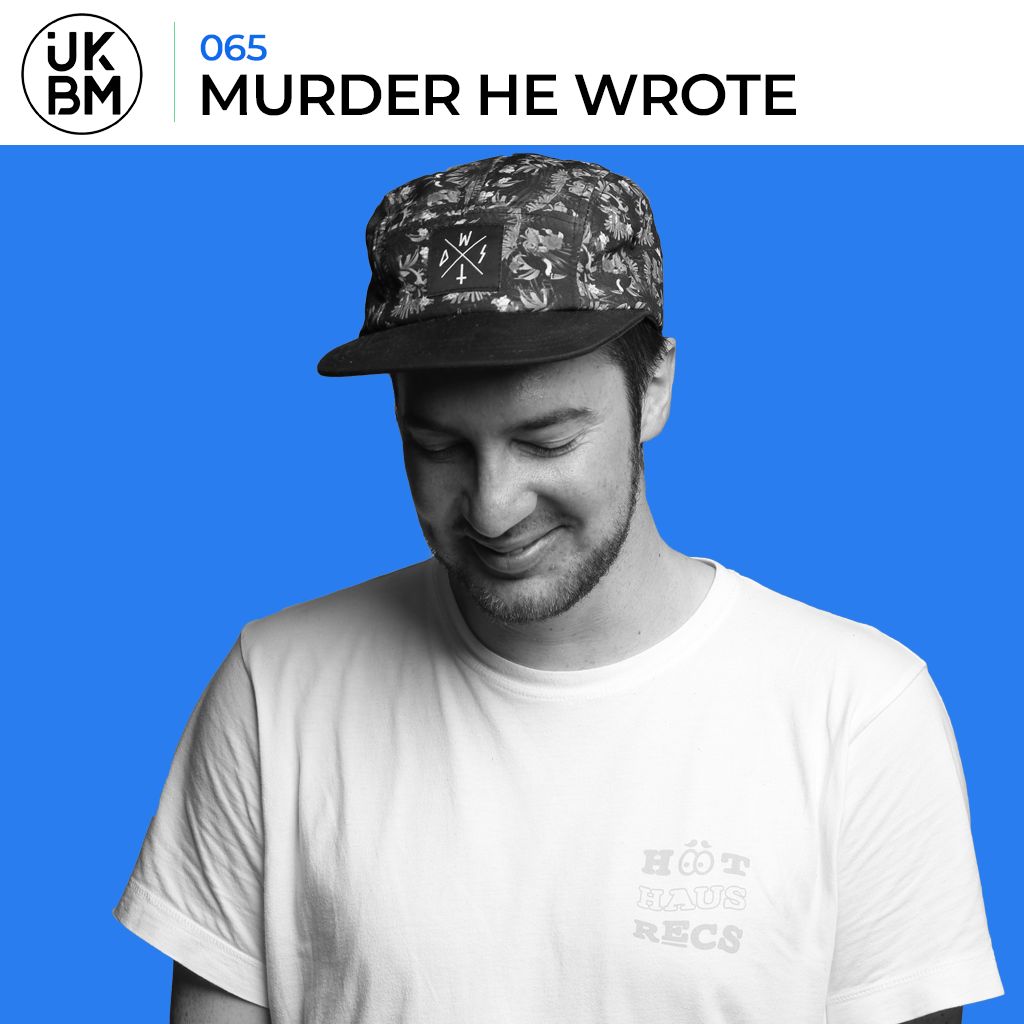 Stepping up stepping in with mix number 65 is our UKBMix series is none other than the badman producer & DJ, Murder He Wrote.

The Manchester-based artist has been lighting up the bass music scene for years now with his wicked original productions and edits, delving into the sounds of UK Funky, UKG & Dubstep and being released on labels such as Roska Kicks & Snares, Sounds of Sumo & his own imprint Rhythm Athletic, on which he recently dropped the very sick single Not Today.

He is equally loved & respected for his incredible DJ’s sets, effortlessly chopping and changing between genre and style in a completely irresistible way thats been enjoyed all over the world.

Its exactly that vibe we hoped to capture for our UKBMix series and thanks to Murder He Wrote, we’ve achieved just that!

Keep your eyes peeled on his Bandcamp over the coming weeks as he has some big releases coming up including a remix of Idle Minds Workshop on Plasma Audio on 18th September and then his Collection Vol. 1 compilation on Roska Kicks & Snare on October 2nd.

Talking about to us about his mix he said; “September 7th marked exactly 6 months since my last gig so thought I’d mark/mourn this occasion with a 45 minute mix up of UK Funky, House & Garage. Some deeper bits, some heavy bits and a fair few first plays of tracks and remixes I’ve got forthcoming alongside unreleased heat from Everson, Retrospect and PZP. Also (perhaps most importantly) it features a very dumb Roger Sanchez / Logan mash up I made, based on a blend I did all those months ago in the club.”

Biggest influence on your music?
I don’t know if it particularly comes through in the music I make but stuff like early Ed Rush & Optical and Future Cut was what really got me into electronic music and wanting to DJ and produce myself. I don’t know if I ever would have started down this route if it wasn’t for the spark of first hearing ‘Bacteria’ on a old borrowed tape pack.

Last track you listened to?
New single from Chrystal called ‘Cycles’ that just dropped last Friday. Wicked producer and vocalist out of Bolton, we’ve got a collab hopefully dropping soon-ish too…

What track do you wish you’d made?
Ahh this is too hard. The most recent thing I heard and thought that about is probably Pa Salieu – Bang Out. Just the way that ‘Japan’ sample has been flipped is tooooo cold.

Your dream collab would be with?
New ideas for this come into my head daily but off the top of my head would LOVE to do a track with Newham Generals.

Favourite piece of music kit?
Proper boring answer but basically everything I’ve made that’s been released has been written and mixed on an old pair of AKG K271 headphones that I’ve had for about 10 years, so they are probably the thing I’d be most lost without if I had to start again from scratch. Definitely recommend getting some ok-ish headphones and learning how they sound (as opposed to monitor speakers) if you’re just starting out.

Last album you listened to start to finish?
Chimpo – Hia. Really listenable mix of styles and vibes and a proper sense of personality to it. Very sick.

Favourite crisps?
Ah mate, now THIS is a hard one. I feel like it’s probably either Roysters T-bone Steak or Brannigan’s Roast Beef & Mustard but saying that I don’t think I’ve had either for like a year so I dunno really. This interview has inspired me to search them both out and come to a definitive answer before the end of 2020. Aiming low with my goals this year hahaha