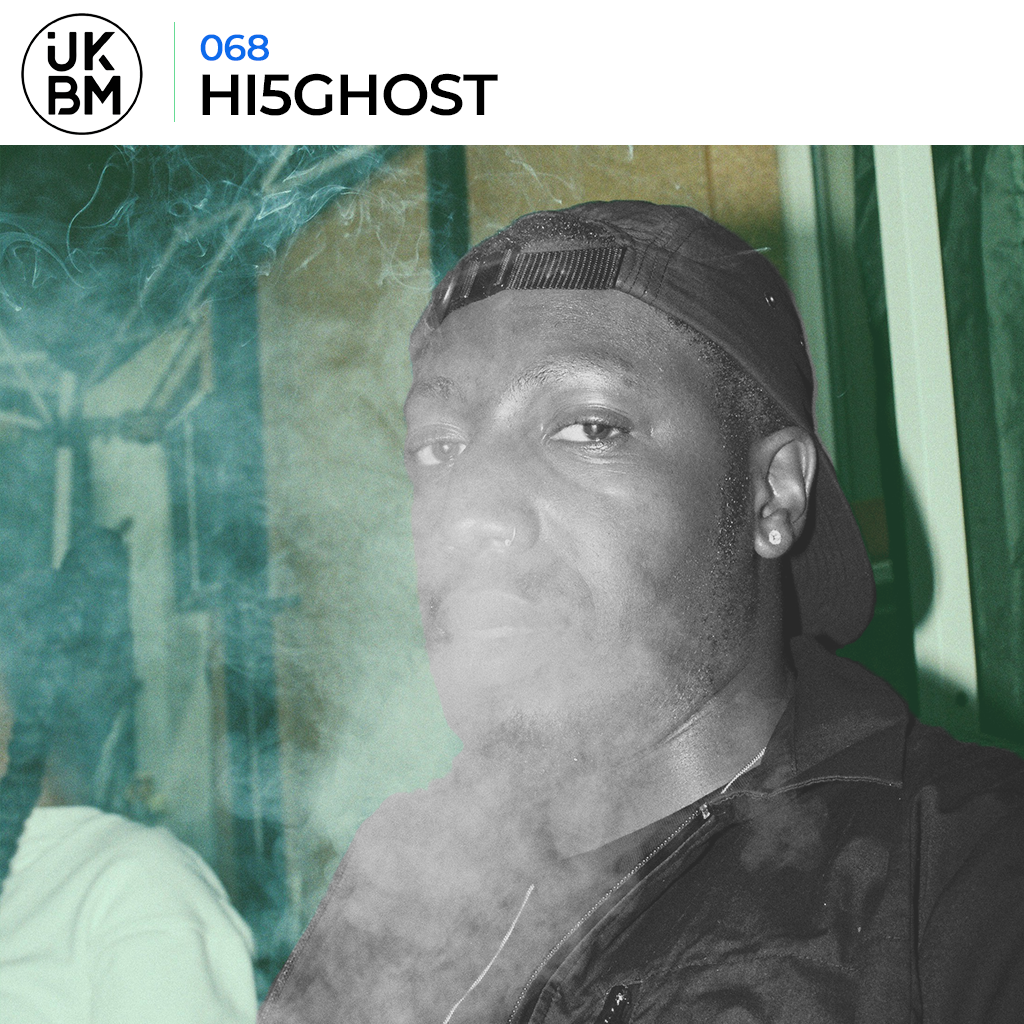 Stepping up, stepping in for the 68th instalment of our UKBMix series is none other than the Bristol-based badman Hi5ghost.

Originally hailing from South London, he is known and loved for his dark, bass-heavy and genre-melding productions which have been released on some of the best labels in the scene such as Bandulu Records, Sector 7 Sounds, Hotline Recordings, his own imprint Paper Cranes as well a his most recent work, a collaboration EP with Saule on Sicaria Sounds’s Cutcross label.

He is of course also known as one quarter of the Bandulu Gang & Bandulu Records, alongside fellow Bristolian’s Kahn, Neek & Boofy (who provided UKBMix 039), a crew and label that have become synonymous with the sound they represent, highly respected and rightfully heralded as top boys in the scene, selling out shows quickly and selling out of records even quicker.

Speaking to Hi5ghost, he described the mix as, “A selection of tunes from that reflect on my production style and influence, it ranges in bpm and pace throughout as I enjoy mixes that has hills rather than a flat straight road. Hope you all enjoy”

Biggest influence on your music?
Experimenting, trying new things and testing my ability to recreate a sound I like

Last track you listened to?
The Valentine Brothers – Let Me Be Close To You

What track do you wish you’d made?
Mario Kart Theme Song

Your dream collab would be with?
James Blake or Travis Scott

Last album you listened to start to finish?
Nines – Crabs in a Bucket