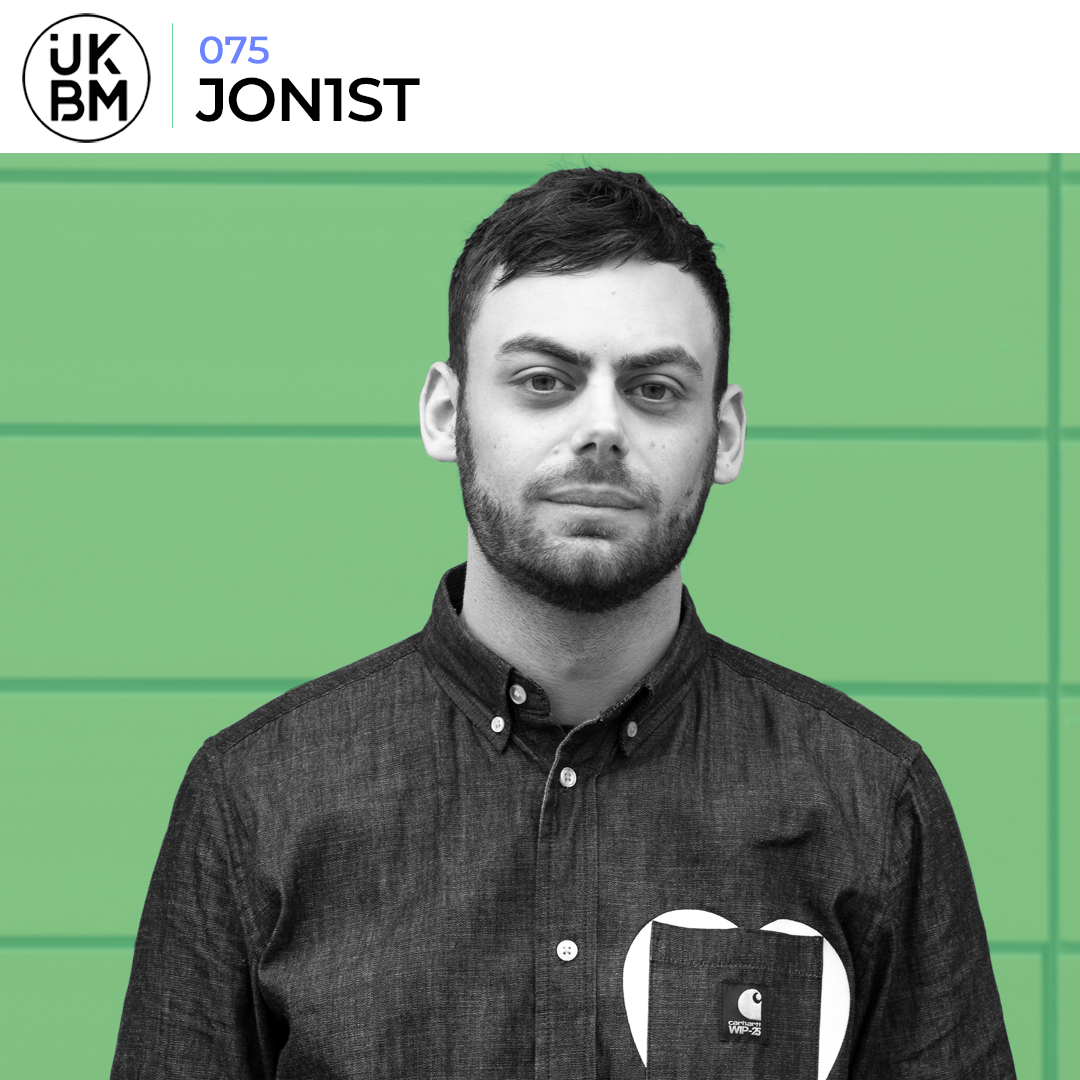 It would be no overstatement to say that Jon1st is one of the finest turntablists in the world.

Since his breakout win in the 2013 DMC World Online Championships, the Leicester-based DJ has gone from strength to strength, becoming renowned as one of the most diverse and talented turntablists in the game, laying down breathtaking mixes at breakneck speeds with a particular focus on the conversation between genres in the 160-170bpm landscape.

Aside from his relentless touring across North America, Asia & Europe, he is also a resident DJ for Ivy Lab’s 20/20LDN club nights and has provided much loved and heralded mixes for the likes of Ninja Tune’s Solid Steel, Boiler Room, Rinse FM, DJ Mag, NTS and many more.

He is also known for his collaborations with Danish producer Shield, with whom he has an ongoing production and live show collaborative project and have toured the globe together extensively.

Now he has kindly put together the frankly incredible UKBMix 075 which serves as his 2020 roundup Megamix.

Talking about his mix, Jon1st said, “This mix is the 11th in my series of end of year ‘mega-mixes’. This year features nearly 60 of my favourite club tracks from the past 12 months all blended together in a high energy quick fire style, with a couple of my own productions mixed in too.”

Biggest influence on your music?
Caffeine.

What track do you wish you’d made?
I’m not sure if I’d like to have made other people’s songs because they’re all personal to the people who made them, but I’d love to have sat in as a fly on the wall for those moments where artists have those ‘eureka’ moments in the studio or when writing.

Your dream collab would be with?
Fontella Bass

Favourite piece of music kit?
Serato, it completely changed DJing/performing with decks for me.

Last album you listened to start to finish?
All City’s LA Series compilation

Favourite record label?
Ah, this is tough, but I’ll say Ninja Tune because they’ve released such a huge amount of music that has influenced me in the time I’ve been interested in electronic music and Coldcut are one of the acts I’d reference as big influence to me for their approach to mixes.