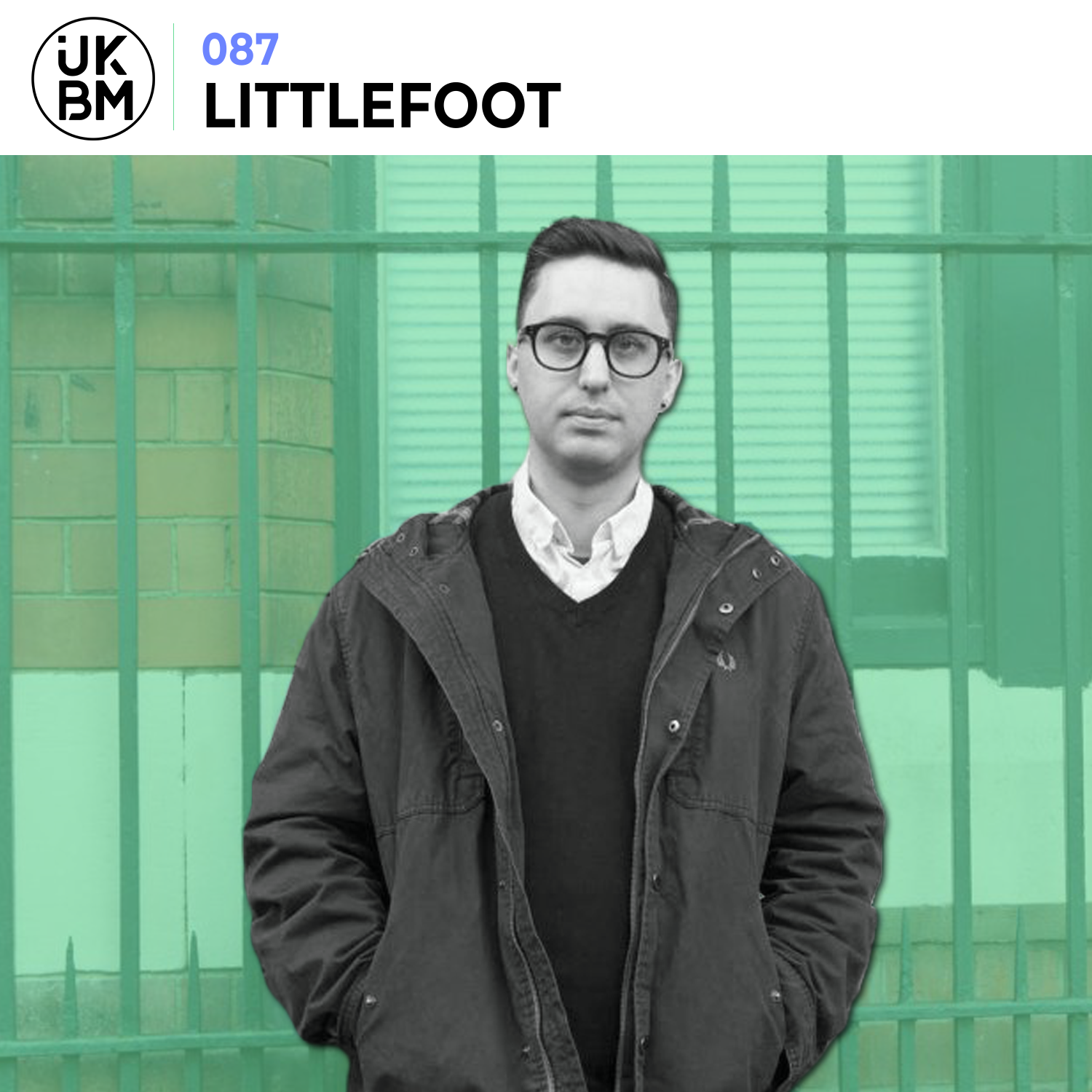 8 months have passed since we first met Littlefoot for his Get To Know feature with us, now the exciting producer and DJ provides us with the 87th instalment of our UKBMix series.

The Nottingham-based artist has been making his name with his wicked UKG & Bassline influenced productions, recently releasing two 4 track EP’s Codeine Espresso 1 & Codeine Espresso 2 (from which we premiered opening track Persian Tom) both released on his own Littlefoot Records imprint

These influences can be seen in his DJing and are gloriously showcased in this mix for us which we are very excited to share. One hour of high-energy, slamming UKG and pumping Bassline.

When we caught up with Littlefoot to chat, he described his UKBMix as “a journey through new UKG and Bassline from the start of lockdown 2020 onwards, featuring artists from up and down the UK and beyond”

Biggest influence on your music?

My biggest influences are Todd Edwards and Wookie, two pioneers who you can take influence from, but will never sound like as hard as you try (and I have!)

Hans Glider and DJQ – Thief in the Night (Salute Mix), last song off this mix

‘Agony’ by Todd off his massively underrated solo album, so sassy, so strange, so bumpy

Todd Edwards or DJQ, I’m in a Todd mood today!

Reason 11, only program I’ve ever made music on, people hate on it, I love it

Favourite crisps?
Even harder! Chilli Heatwave Doritos will always hold up in the top 3 so let’s go with that.