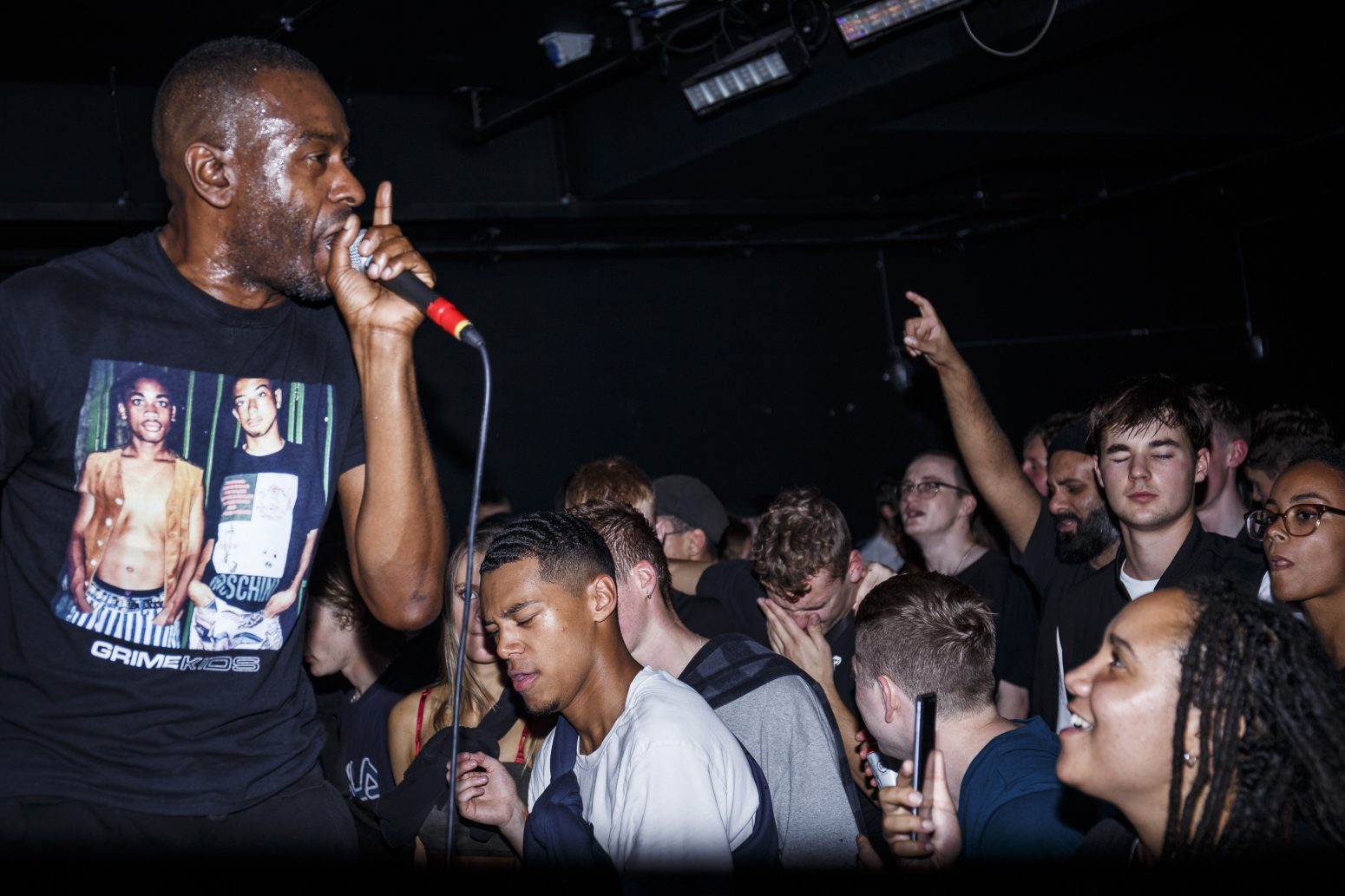 With his SpentShell label, mainman and grime icon Flowdan is forging a musical imprint that showcases the best that grime has to offer today as well as what it has conquered in the past and will continue to do so. With the likes of YGG already on the label, it is clear that SpentShell know exactly where the future of grime is heading and with their vast experience in the game, they are spearheading new directions for the genre. In the middle of the vital showcases for the label, Gavin Brown caught up with SpentShell Boss Man Flowdan to talk all things SpentShell, how the showcases have gone so far and what’s going to happen with the label for the rest of 2018.

How have you felt the shows have gone so far?

The shows in Bristol and Nottingham, actually went better than I expected in terms of the energy we’ve been able to put in because I perform quite often but the particular style of show I’ve created is meant to be like what my idea of what a grime show should be like or a grime stage performance should be like. So far so good, it’s going according to plan.

To get that grime feel, did you want to do it in more intimate venues to showcase SpentShell from the start?

It definitely did! What have some of the highlights been at the first two dates?

Well, the highlights for me have just been seeing people like Manga, YGG, Riko and Irah just deliver at the top of their game and just really please the crowd in the way I know they can.

Did you pick everyone to come and play, just inviting them to showcase their skills?

Yeah definitely including Discarda as well. I chose everyone. It’s my idea of what a grime show should be like from the beginning to the end. It’s about building it in a steady way but also maximum vibes where possible but not really peaking until we get towards the end so that type of control. It’s more orchestrating where the energy happens, that’s really my role in the Spentshell showcase really. Obviously, I perform at the end but I think my biggest role would be to just orchestrate and make sure that the show overall goes how I’m planning it to go.

What can fans expect from the final date in London tomorrow?

Are you planning to do more around the country?

Not right now but definitely in long term plans but at the minute we’re just going to let that sink in and work on maybe moving and upscaling the venues slightly.

But still keeping that raw vibe?

What was the inspiration behind starting Spentshell in the first place?

Well, music is my life, day in day out so I just built Spentshell to be my ultimate outlet for anything that I think needs the platform or should be getting the light shone on it. I just think that grime lacks that type of situation in multiple forms. It’s limited to. If you’re not massive, you’re not known and I think that there’s so much in between the unheard people and the massive people that doesn’t really get a light shone in it so I think Spentshell, I’m trying to build it and make that available to grime music.

Had you been planning on starting the label for a while?

To be honest, it’s always been like the best plan of a young MC, when I was a young MC anyway, it was a plan of mine and Wiley’s to turn the Roll Deep brand into a record label because it was the natural evolution from standing on street corners smoking weed and doing a bit of music to actually taking it, treating it like a profession and being more set up on the business side of things. It’s taken ages since those days but I’m here now.

It seems like all the artists you’ve signed to the label so far have got different sounds but they all come from the same place in spirit, is that an essential part of you signing an artist?

Have you got any other signings coming up?

I’ve got Ruby Black coming up. We just put out a track by her a couple of weeks ago called Killy Kill Kill.

How do you fit in running the labels with your busy schedule, recording, playing shows and everything else?

To be honest, my part is to create the music and see the music through all its creative process and see that it’s finished and then I hand it over to the person that runs my label on the executive side and on the administration side so I just stay in the studio and just treat it like a factory. I send out the product and I have people in place with the promo and stuff.

What is next for SpentShell after the showcases and for the rest of the year?

Continuous releases. From Ruby Black, from myself and collaborations with the rest of the guys and even other guys who are not really first hand involved in SpentShell but they’re affiliated with me so it’s going to be a flood of grime music and yeah, we’ll take it from there!

Was your intention with the label to create a legacy for grime with the music you’re bringing out? You’ve got the past, present and future of grime on the label.

Definitely. Like I said, there were certain elements of grime I’m not enjoying so I’m just trying to do my part in changing it to what I do enjoy. I think it’s very easy to point out what you don’t like and just stay pointing out what you didn’t like rather than just getting in there and trying to change things for the better so that’s just it really. I miss how grime was and I’m trying to bring it back to how I like it.

Do you think you’ve achieved that so far?

With the events, definitely. It just needs to catch on and I need people to understand that the show is the most important thing not the person or performance.