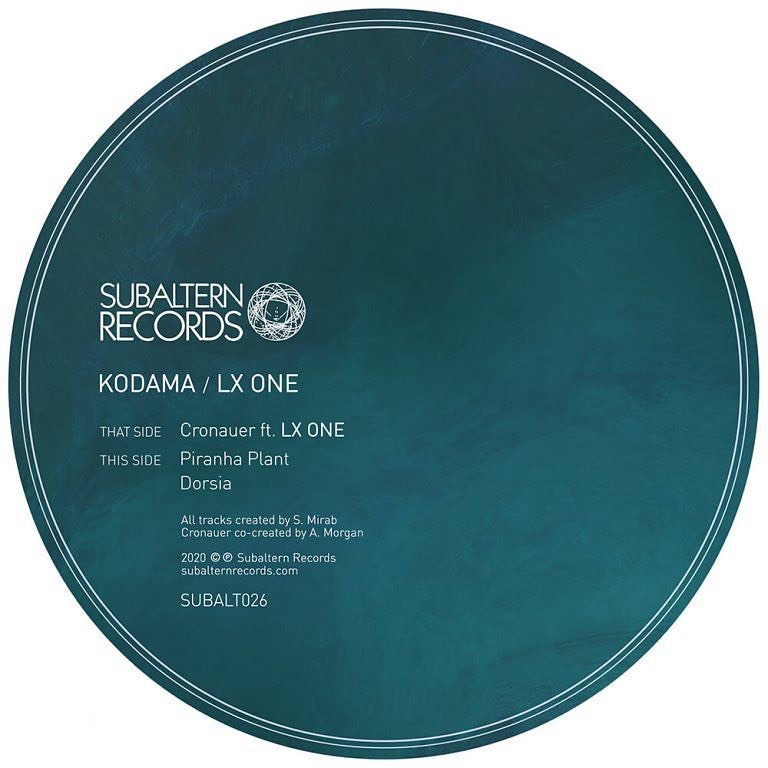 Ever-growing and ever-rising label Subaltern Records are keeping up the momentum.

The Bristol, Berlin & Hamburg-based Dubstep imprint have announced their third release of the year and it comes from label debutant Kodama.

The Barcelona-based producer, who has had releases on labels such as Encrypted Audio & Rarefied, brings us Cronauer EP, a dazzling 5 track project which truly hits the mark.

It kicks off with the self-titled track, a hard as nails collaboration with Dubstep OG LX One with its huge gritty bass, striking with the power of a meteorite coming from outer space.

The rest of the EP contrasts the heaviness of the opening track with four beautifully produced pieces of music drenched in hypnotising melodies & dancing percussion whilst still retaining a deep and dark tone through the powerful use of sub bass giving it a real dream like quality.

Keep your eyes on the Subaltern Records Bandcamp for digital and vinyl pre-orders.