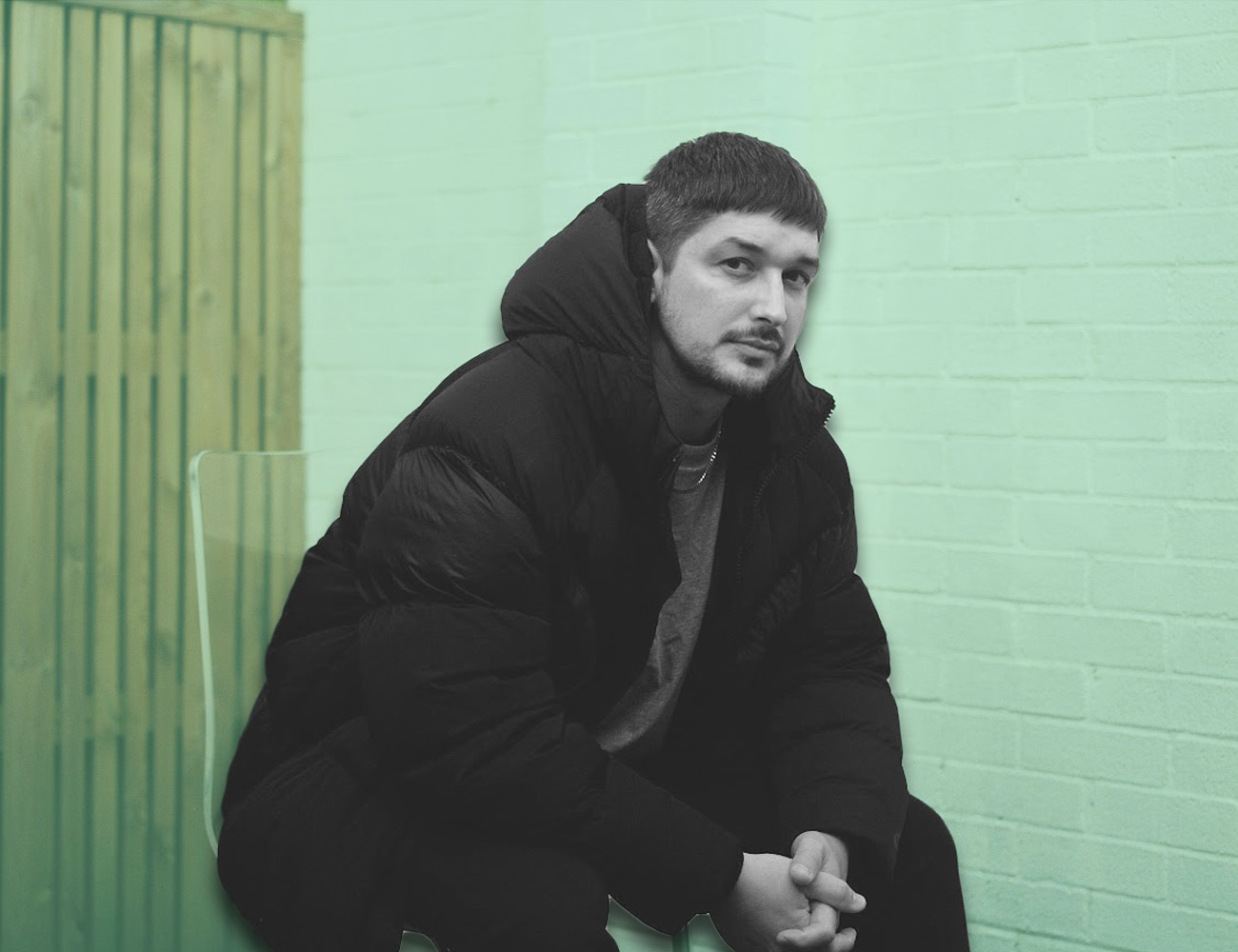 DJ Polo is an artist at the top of his game right now.

Combining elements of UK Funky with a whole host of other influences, the Bristol-based artist has created an energetic, percussion-heavy, bass-driven aesthetic to the delight of his listeners.

This enticing and innovative sound has been showcased through his releases on labels such as Livity Sound, Roska Kicks and Snares, Club Djembe & more as well as his acclaimed DJ sets at clubs like Fabric and Rinse’s recent ILOVE: Funky event at Ministry Of Sound, which coincides with the I LOVE: Funky documentary and compilation which Rinse will be releasing soon.

We caught up with DJ Polo to talk about his recent releases which includes work with Scratcha DVA, Ramzee and Tribal Brothers as well as his SteamRooms club night, playing out again, electronic music in Bristol and Funky in general.

Your recent EP Look Back To Move Forward came out a couple of months back. How has that been received so far?

Yeah, that came out on Club Djembe in June and has been my biggest solo EP to date. It was written over a 3-4 month period at the beginning of this year. The tracks were named after photos taken during memorable moments during the last 6 years. The EP title ‘Look Back To Move Forward’ came to me whilst writing the EP and the project is essentially me looking back at all the genres that have inspired me during these years.  So far it’s been received really well.

How was it working with Scratcha DVA and Ramzee on tracks on the EP?

I’ve worked with Scratcha a few times now, we just send parts back and forth until the tracks done so ‘Headtop’ came about quite quickly. Working with Ramzee is something I’ve wanted to do for a long time.  He’s hosted a couple of sets for me in the past and his style just really fits.  When I wrote the instrumental for Funky Party it just made sense to ask him to vocal it.  Went down to London and he did it in one take… was real natural.

You worked with Scratcha on his Afrotek EP on the Bless The Earth track with Mez and Scottie Dee, how was it making that one?

With this, it was already a track on Scratcha’s ‘Baga Man EP’ called ‘Banx Skanx’ that got made towards the end of last year. Mez then vocalled it for the Afrotek EP and it came out hard.

You released the Link Up EP with Tribal Brothers earlier in the year. How was the experience of working with them and how did you link up?

We’d been talking about working together for a long time and last year finally made it happen. We booked a 12 hour studio session (which is where the track name 12HRS name comes in) and wrote the majority of it in a day. It was just finishing touches and some structuring left to do from home. I’ve listened to those guys tracks for years so it was great to finally link up with them, they’re both sick guys too.

What has the reaction to the EP been like so far?

I’m really happy with the reaction to that EP as I feel like it’s definitely hit different circles to what we would usually.  With the EP being released on Livity Sound we’ve seen a whole different range of support for the sound.

Will you work together again in the future?

Yeah definitely, Tribal Brothers, Scratcha & Myself collaborated on a UK funky EP with some new flavours thrown in which is coming out at the end of October.

Are you working on any other new music that you can tell us about?

Asides from the collab EP, I have one more release this year with NKC which is set for release on his label ETS in November.  Two club stompers!

How have your SteamRooms nights been going so far and what have you got coming up?

We just had our first SteamRooms night last month in Bristol with Scratcha and AYAYA and it went off.  We are looking to throw the parties quarterly so the next one is looking like early next year now.

You played at Fabric last month going b2b with NKC. How did that go?

Yeah it was sick, great to be back in Fabric again.  It was really good to see how packed out room 2 was all night.  The whole line up was curated by Scratcha under the ‘Friendly Fires’ umbrella and it was really refreshing to see people getting down to that sound.

How does it feel to be back playing out again and how did your first show back go?

Feels great to be playing out again, I definitely missed it when clubs were closed.  My first set back was the Rinse BBQ at the Cause on the first weekend the clubs opened up, and it was such a good set back.  The line up was crazy and you could tell that everyone was real excited to be back out again.

What other shows have you got coming up?

Both shows after ILOVE: Funky are in Bristol.  First up is Club Djembe at Lost Horizon and after that, Lakota for ‘Critical Sound’ where I’ll be playing in room 2 ‘Pineapple x Durkle’ takeover.

What are some of the most memorable sets you’ve ever played and what made them so memorable?

I did a set a couple of years ago at Soup Kitchen in Manchester with NKC.. that was really fun.  Think that was the first B2B we did and it just gelled right.  Corsica the other night was a vibe too.. out to the Switch guys on that.

What are your favourite places to play out in the UK and what makes them so special?

Asides from the 2 shows I just mentioned, I probably would say Bristol to be honest. Some of my favourite sets have been here in the smaller clubs like ‘Love Inn’ or ‘Small Horse’.

What makes a great set for you, both playing yourself and what you’d want when you’re watching another DJ?

As long as people are dancing start to finish then it’s a good set for me.

Is the electronic music scene in Bristol in good health again now things have opened up again?

Bristol is looking healthy right now, things are pretty much back to normal.  We’re hosting a Club Djembe party Oct 16th with Ikonika, Roska, Noire and I’m really looking forward to that.  I’d like to see some more representation of the music we play but it’s definitely getting there.

How did you get into UK Funky in the first place and what artists/tracks were pivotal in wanting to make that kind of music?

I’d always had a couple of funky tracks that I’d draw for in a set but really it was when we started our night ‘Sprung’ in 2014 that I really got into it.  Sprung was a night in Bristol that I co-ran and we used to run an ‘Annual UK Funky Party’.  We booked Apple, Crazy Cousinz, Ill Blu, Supa D, Naughty etc.  and hearing all the older tracks played was where I really got into it.

If someone was just getting into UK Funky, what would you say are the quintessential tracks for them to check out?

Everyone’s will be different.  But my top 5 to get them started it would be:

Crazy Cousinz – Always Be My Baby

What have been some of the best moments of your music career so far?

Every new opportunity has been a new milestone in my career, there hasn’t really been one moment to be honest.  Firstly linking up with Roska and releasing on RKS, going on to collaborate with Scratcha and release on Hyperdub, my show on Rinse and the release with Tribal Brothers on Livity sound have all been important to me and where I am now.

You can keep up to date and cop all DJ Polo’s releases via his Bandcamp here.