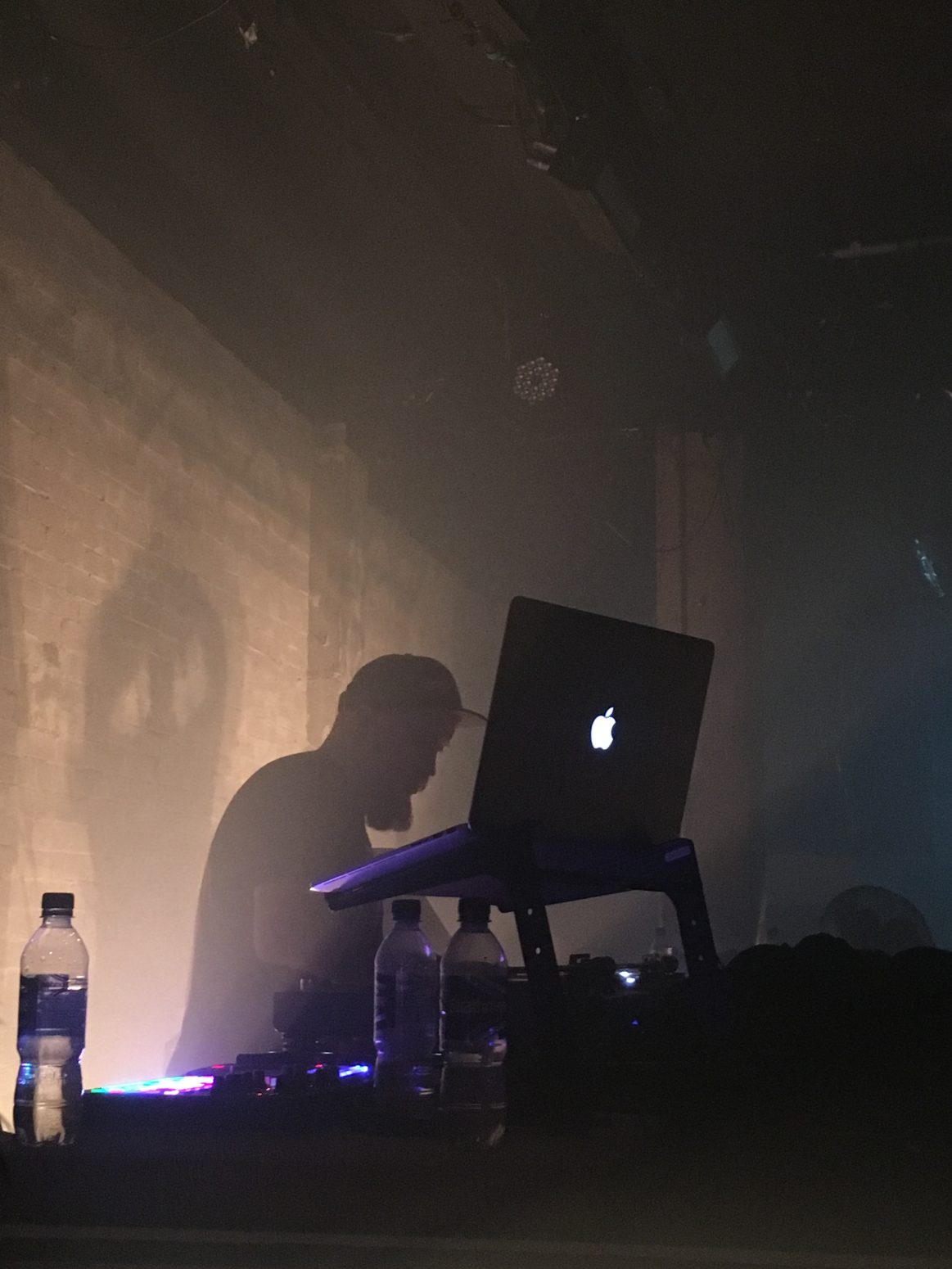 With tremendous anticipation, The Bug brought his Pressure night back to London for the first time in almost two years and with it brought a stellar lineup that would truly test the Soundsystem in the E1 venue. The chosen venue seemed to be the perfect choice to host such an event with the main warehouse hosting The Bug alongside his trusted and frequent collobarators (Flowdan, Miss Red, JK Flesh) and fellow cohorts in bass destruction (Grandmixxer, Kahn, Goth Trad) while in the second room, The Black Studio, saw V.I.V.E.K bring his System sound to proceedings alongside Loefah and Commodo.

Arriving at the venue, it was straight into The Warehouse to witness Grandmixxer starting things off with a bang early with a whole arsenal of pure grime fire. Now, the first thing you notice is how on point the selections that he is playing are and the second is definitely how good they sound on the E1 Soundsystem, complete with its wall of subs! The bass is truly immense, in a physical sense it hits you hard straight away and doesn’t let you go and it just sounds and feels phenomenal, proper body shaking business the way it should be! Grandmixxers eneregetic grime is forward thinking, always vibrant and tailor made for a system like that and it definitely doesn’t disappoint as the crowd grows larger and larger and the atmosphere gets more energetic as each track drops.

The energy that has been building  and building goes through the roof when Grandmixxer brings out special guest Mez to run through a few tracks and the place goes suitably crazy from the moment the Nottingham MC hits the stage. Dropping material from their recently released Socially Awkward EP, Mez destroys the mic as Grandmixxer drops the tracks with an off the hook version of Go causing pandemonium on the dancefloor and he leaves the stage after bigging up The Bug and Oil Gang to a heroes welcome as does Grandmixxer as detonates his final bomb of the night.

Kahn quickly follows and delves straight into a set that tests the formidable E1 sound with its rib shaking bass as the Bandulu and Young Echo man delves into a sonic assault that mixes in mass amounts of heavyweight beats with ambient textures, titanium heavy hip hop and trap and waves upon waves of bassline heavy pressure and vivacity which has the E1 crowd just lapping it up. A formidable set that was at times brilliantly sombre, completely hypnotic and ultimately triumphant and was one that you couldn’t help but feel in awe of.

Following the bombshell that was Kahn’s set was the first set of the night we caught of mainman The Bug armed with big, bad Flowdan on the mic and they brought the fire as they always do. Coming onto a brand new Bug riddim that sounds big, bad and heavy and a surefire sign that the upcoming Bug album will be something special if it (hopefully) does feature. Flowdan is on incredible form and shows exactly why he commands so much respect as an artist as The Bug tests the incredible Soundsystem to its full capabilities with bomb after bomb. The immortal Skeng causes chaos on the dancefloor as does Poison Dart and the whole hour that they are on stage is pure audio nirvana as well as heavy to the point of disorientation, in the best possible way.

JK Flesh and Goth Trad were up next and continued the heaviness and their set was pure industrialized beats and maximum bass that was set to stun, which is exactly what they did. With The Bug looking on, It was a real treat seeing the Godflesh mainman dropping beats that could break heads ably assisted by the inimitable Goth Trad and the audience were stunned by the intimidating nature of what they were hearing although the dancing never stopped throughout.

Unfortunately we missed seeing Commodos set so the first glimpse of the Black Studio saw V.I.V.E.K tearing the room apart with his own System sound in full effect. The audience swayed to his deep but energetic sounds and when he dropped classics like Joker and Jakes 3K Lane, the vibe was just berserk.

Back in The Warehouse, The Bug returned with another special guest in the shape of recent collaborator Moor Mother, who over a selection of heavy Zonal (who’s new album she features on) and their predecessors Techno Animal beats, hyped the crowd up in her own hypnotic fashion, building up the tension and releasing it in typically fiery style. With Miss Red joining Moor Mother onto the stage, she soon took the mic and ran with it in her own unique style and ride the relentless rhythms with aplomb and hyped the crowd into an even further frenzy with her dancehall fire, completely ruling the stage for the duration of the set.

JK Flesh and Goth Trad returned for a second helping of that was a sublime continuation of what had gone on before with Goth Trad taking the reigns for a lot of the set and it was a pleasure to see him knocking it out of the park with a flawless selection that took you on a journey of his influences and career. Back in the Black Studio, Loefah is turning it up with a set that blends classic hardcore and jungle with the Swamp 81 mans eclectic selection of beats that sees the dancing continuing nonstop as the set reaches its end.

To end the night, The Bug returns with his Macro Dub Invasion that sees him dropping his own heavyweight versions of dub and reggae with razor sharp precision and sees the audience see out the night in a bass heavy haze and as we get the last blast of the truly epic soundsystem, it is definitely the perfect way to round things off.

As the dust settles at 6am, it is obvious of how special the night has been with every act bringing the fire to their performance. The Bug must be applauded for bringing together such a formidable lineup and hopefully this will be the first of many Pressure nights at E1 and a special mention must be noted for the venue and its soundsystem which is a perfect match for The Bugs heavyweight show.

A truly amazing night all round, that makes you realize the true power of the bass when it is done like it was at Pressure, and it will be a night that is talked of for a long time to come.