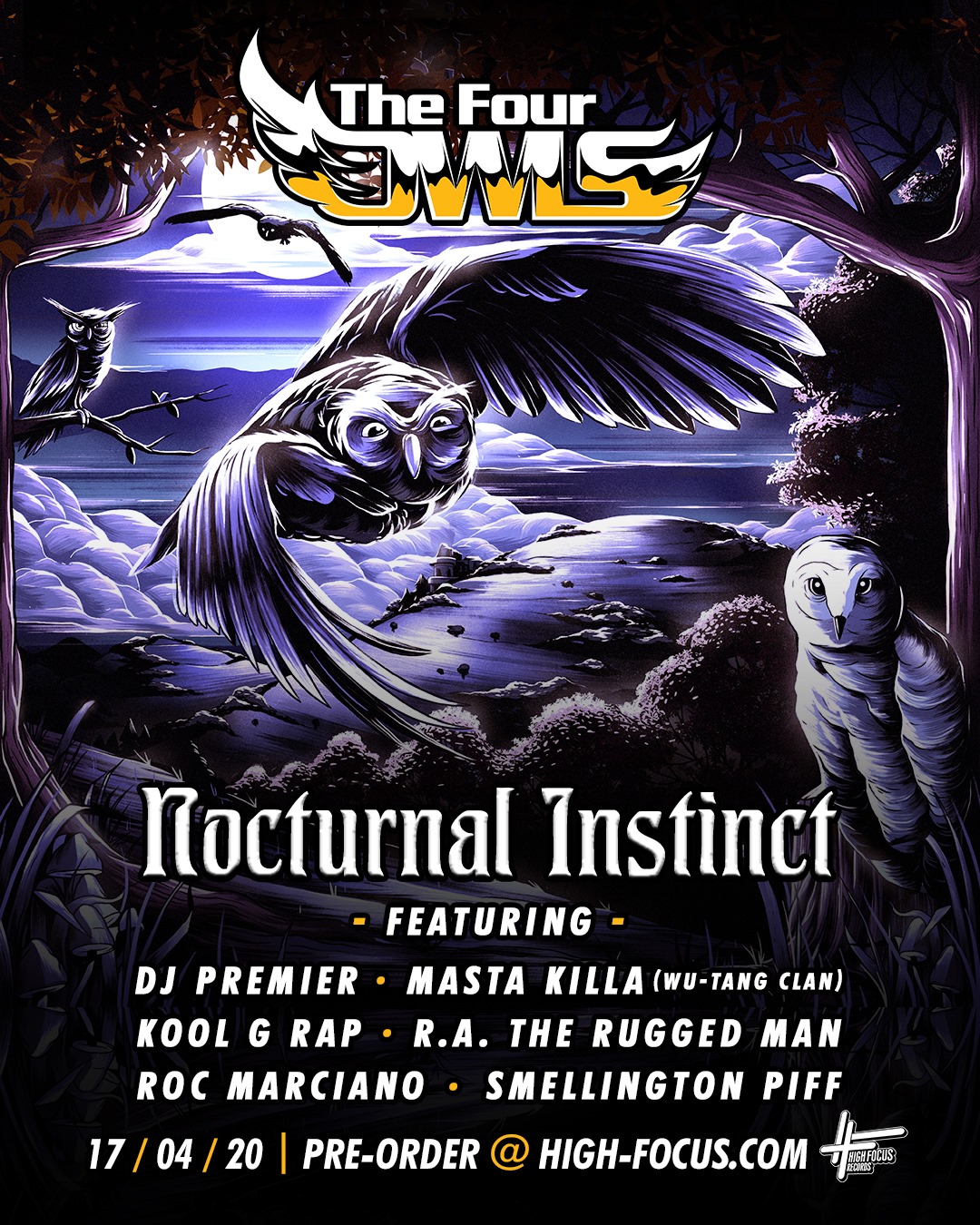 The Four Owls have just announced their long awaited new album will be released on the 17th of April. Titled Nocturnal Instinct, the album is the follow up to 2015s Natural Order and has been a long time coming for fans of the group with consists of Fliptrix, Verb T, BVA and Leaf Dog as its members, all of whom are first rate artists on their own but when they come together as The Four Owls they take things to another level and this new album will certainly cement this.

Nocturnal Instinct features an impressive list of guest appearances from a series of  hip hop heavy hitters with DJ Premier, Masta Killa, Kool G Rap, RA The Rugged Man and Roc Marciano all appearing in the album and those artists alongside The Four Owls is an insane look for the group and for U.K. hip hop in general and just shows how serious the group are about their craft.

Fellow High Focus soldier Smellington Piff also appears and features on the albums first single and opening track Sound The Alarm which is a perfect taste of the album to come.

April the 17th can’t come quick enough for hip hop heads and with Nocturnal Instinct, The Four Owls have created something very special. Don’t sleep on this one, it’s very big!